Posted on January 20, 2019 by lavenderhillforme 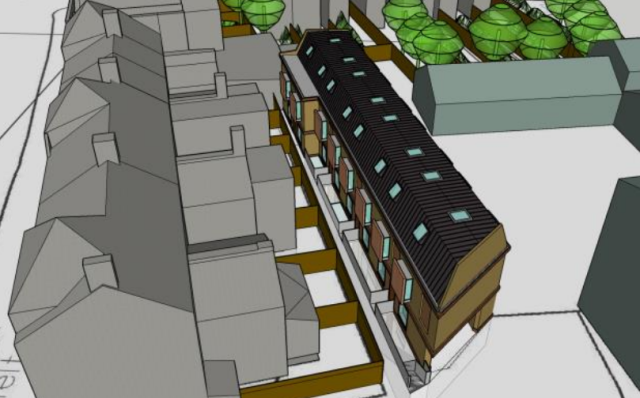 Update: This application was later withdrawn.  Sometimes this can be because the developers changed their minds, but more often it’s because they’ve had a steer from a helpful Council planning officer that the plans are likely to be recommended for refusal – so rather than setting an unhelpful precedent of a refusal, they may want to rework whatever aspects of the plans are causing the problems and resubmit it.

A planning application has been submitted to develop what’s described as an ‘apart hotel’ on part of the Battersea Business Centre.  It’d consist of around 20 ensuite rooms spread across four serviced apartments – accessed through the back of the IdeaSpace shared workspace (formerly 1st Stop); the artists’ impression of the development (drawn from the planning application) is shown above.

Our diagram below indicates the rough area covered by this proposal, which continues the trend of using the land behind the main buildings on Lavender Hill to build relatively high density mews-style developments: 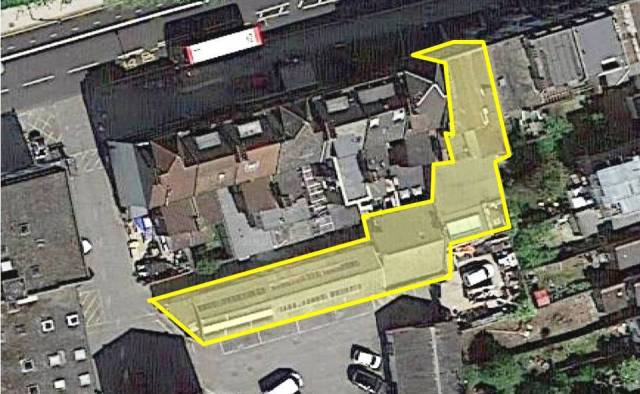 This will entail some changes to the IdeaSpace, as well as the replacement of a warehouse building that’s currently within Battersea Business Centre.  The building in question is old and tired, and isn’t much to look at (image below, from the planning application) – it’s unlikely that anyone will mourn its loss.

These units are designed for short-to-medium term stay, and as far as we can tell would be run alongside the shared office space – we doubt these would be viable as long term residential due to the lack of outside space.  The diagram below shows the split of office space (orange) and apartment space (purple) on one floor of the proposed development.

The new building will include a basement, accessed from within the Business Centre, that’s designed to recreate the storage warehouse that is being lost in the development.

By and large this seems a sensible development provided the units do remain in use for short-to-medium term let and don’t just get converted to four houses (as the accommodation is built to a high density and isn’t really suitable for long term use).  It will probably also add to the activity in the IdeaSpace shared office, which does drive some trade to the rest of the street; and by including a new basement it dosn’t irrevocably remove business uses from the site.

To see the full planning application, and comment, visit Wandsworth’s planning website where this proposal is application number 2019/0023.

This entry was posted in Business, Planning. Bookmark the permalink.